How does gay marriage hurt you? 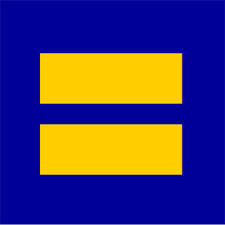 Today marks a great step forward in equality in our country.  I have many friends and family members who until this very day could only dream of making a life and a home and reap all of the benefits granted through marriage: The right to sit next to their partner in life during their last days in a hospital; The right to share health insurance benefits; The right to cosign on a loan; The right to have a legally binding contract that ensures that they can have all of the things that my husband and myself have in our marriage.  These are all privileges that heterosexuals take for granted.  I cannot express the number of joyful tears that have streamed down my cheeks today.  With all of the recent racial arguments and all of the tension in our country, today has been a nice change for me.  I was focused so much on the joy of this news until I got a text from one of my dearest friends who wanted me to read some of the posts on his Facebook page.  And then it happened…reality began to set in.

I haven’t heard so many horrible condemnations from people in years.  I just thought that racists had a loud voice.  Judgmental Christians are even louder.  Their argument is that homosexuality is an abomination against the church and that marriage is between a man, a woman, and God.  Interesting.  What about those that are agnostic or atheist?  Where are all of the picketing Christians when a man and a woman want to marry without God in the equation? What about Muslims who marry with Allah as the partnering deity for their union?  Isn't that also an abomination?

I feel like a broken record.  I am so tired of other people’s beliefs being forced upon me.  I am a Christian.  I love Jesus Christ.  I love all mankind.  I wash the feet of the homeless and protect the jewels of the wealthy.  I show kindness to those I encounter.  I was raised in the church and have heard many things throughout the years regarding my religion.  What I have taken with me from these teachings is the love of Christ.  I have also learned that it is through my own personal walk of faith that others will be able to see the love of Christ shine through me.  Am I a cherry picking Christian?  Why yes, I am, but chances are that you are probably one, too. Our pastors do it every Sunday when they preach to us.  They choose a few verses here and there and discuss them with us.  That is great.  It helps us learn the word of God.  We must seek the word of God for our own walk with Christ.

But that isn’t what marriage equality is about, is it?  I said earlier that gay marriage isn’t for me because I am heterosexual.  That’s the truth, plain and simple.  I am thankful that as a heterosexual I have the right to marry.  My rights have not been violated.  As of today, finally the rights of my homosexual counterparts aren’t being violated either.

Government control should scare us all.  I am fully against the government taking away any of my civil rights.  I want free speech.  I want guns.  I want a speedy trial.  I want all of the things granted to me by the constitution.  It’s interesting to me that I am hearing mixed messages from the people of the United States of America.  In one instance they are saying that a business owner should be able to refuse to bake a cake for a gay wedding but then a few months later they are saying that they don’t support Amazon’s right to pull the confederate flag from its hypothetical shelves.  They say that they should have the right to bear arms but then say that same-sex couples shouldn’t be able to marry.  When did it become acceptable to only support the rights of people who believe exactly as you do?

My government teacher in high school taught us that we were free from the tip of our noses to the tips of our fingers.  What he meant by that is that our freedom should not hinder the freedom of another. Honestly, does it literally harm the freedom of a Christian who is against gay marriage when a same sex couple marries?  I think not.  How does this affect them personally?  Seriously.  Someone please explain it to me because for the life of me I cannot figure it out.  No one is forcing Christians to believe in gay marriage.  No one is telling people they can’t fly the confederate flag at their home.  No one is telling people that they have to love or even like people with skin color that doesn't match their own.  What they are telling you is that there is no place for discrimination in government.  If you think that gay marriage is wrong, then attend a church that refuses to perform same sex marriage ceremonies.  If you want to fly a confederate flag, do it at your residence but don’t get offended because it won’t be flying at the state capitol.  If you want to buy sex toys, don’t be offended that they aren’t selling them at the Christian bookstores.

We do not all have to believe the same things.  We can exist with each other and have differing opinions.  My 12-year-old daughter recently told me this:

“We should always be willing to listen to the opinions of others.  Most of the time just doing that pushes us to explore ourselves and become better people.”

I find so much truth in her words but more than anything, what I find is hope.  Hope for a future where all freedom is supported.  Hope for love to prevail. Hope that the world is actually becoming a better place.

While we as nurses r submitting action plans and entering data and documentation, the patients and their families are asking where is my nurse. We r good nurses if our documentation is good.

I couldn't have said it any better myself. Two thumbs up. ♥ Kindness is Changing Our World.
Let's drop any self- served attitudes and open ourselves up to just being kind to one another.