To The Woman Raped by Baylor University: 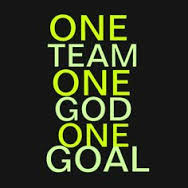 I remember how excited I was when I left home for my freshman year at a Division I school.  I was a small town girl who was going to conquer the world.  I think most of us feel that way.  Moving into the dorms, starting class, and experiencing my first football game at Jones Stadium as a student was indescribable.  Even as I type, I am imagining how you must have been feeling while you were getting ready for your first homecoming as a Baylor Bear.  You were proud and excited.  You were attending a university that had made the move from the bottom of the football totem pole to the top.  They were running over everyone on the field.  In 2013 the Baylor Bears were declared champions of the Big 12 Conference.  Every Baylor Bear was screaming that from the rooftops but they were hiding a dark secret.  The very people who were gaining recognition and monetary donations for successful efforts on the football field were stuffing you in a tiny little drawer.  The police department, the coaching staff, the administrators… they all had a hand in making sure that what happened to you wasn’t going to tarnish their golden reputation.  Not only are they a Christian school, as of 2013 they were champions, too.

They played 7 more games in the 2013 football season after homecoming and then 13 more games in the 2014 season.  That is 20 games that they played while you were hiding in that tiny little drawer.  TWENTY games in which you were waiting to be heard.  TWENTY games.  TWENTY games.  I know this is about more than football for you.  It’s about more than football for Baylor University, too.  It’s about power and money and clout.  A winning team and a shining reputation bring all of those things.  That’s why they kept you hidden in that tiny little drawer.  I can only imagine the hell that you have been through waiting to be heard.  Waiting to feel safe.  Waiting for your predator to be locked away for stealing a part of your life in which you should have been spreading your wings and learning to fly.

You waited and you are still waiting.  In the State of Texas, most cases of sexual assault are a 2nd degree felony and are punishable by 2 to 20 years in prison, but not for your rapist.  He was given 180 days in jail and 10 years of probation on Friday, August 21, 2015.  The jury wanted his punishment to be even less.  I would love to hear the reasons the jury felt sympathy for him.  I do not feel sympathy for him. He deserves to rot in jail. I hear he cried on the stand.  I hear he wiped his tears away when they read his verdict.  Sadly, I do not think that even one tear was shed for you.  I am guessing that his tears were shed for his football career.  We learned this past week that even monsters cry.

This didn’t end in your favor but it doesn’t have to be over.  I suggest a hefty lawsuit against this private university and its supporters that have been repeatedly raping you for the past 2 years.  A university that has deep pockets and a blind eye should be punished.  I would feel exactly the same way if this abomination were happening at Texas Tech.

Sam Ukwuachu is currently serving out his 180-day sentence.  Thanks to Baylor University, you are on day number 669 of yours.

God Bless you Jane Doe.  Whether you believe it or not, YOU have started a movement and I thank you.  We thank you.  Universities all over the nation now know that the public doesn't support athletic programs who support rapists.  What we are is outraged.

This was beautifully written and the exact conversation I had yesterday with my fiancé right down to my wish for her future. Thank you ScubaRN.