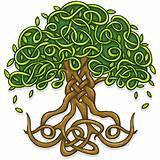 On Thursday, a horrible thing happened in Dallas.  Human beings were hunted down for sport by a man who decided that no lives matter.  Five men were killed.  Five innocent men who had dedicated their lives to protecting and serving strangers.  Five men who weren’t proven to be racist.  Five men who had not shot unarmed black men or unarmed men of any kind.  I heard him.  I heard that man that I refuse to name because I will not extend notoriety to him for his evil acts.  I heard what he said: NO LIVES MATTER.

In response to this, I posted on Facebook that ALL LIVES MATTER.  I had no idea that by exclaiming that ALL LIVES MATTER, I was speaking out that I was actually claiming to be against the unification of races in our country. A childhood friend of mine is the person that actually brought it to my attention to be a negative slogan. I thought it was an all-inclusive term to join ALL mankind...

I have decided that the founders of BLM should have called it BLMT. (Black lives matter, too) Then there would have never been a need to prove anything EXCEPT that BLMT. We could have been moving forward instead of stuck in the quicksand of semantics.

What I would like to say is that I believe you.  If you are a black man or woman who claims to have felt the effect of racist stereotypes, I believe you.  I want others to believe you, too.  What I would also like to say is that as long as we are sitting behind our keyboards trying to prove who is right and who is wrong, anger is building and division is strengthening.  Human life is precious no matter what race or creed is attached to it.

People who jump on the bandwagon of guilty vs non-guilty before all of the facts come out are not seeking justice, they are seeking revenge.  They are seeking to PROVE that every case of the police shooting a man of color is NOT justified or IS justified.  I challenge each of you to hold back and wait…wait for the whole story to come out.  Don’t be Nancy Grace.  Don’t stir the pot.  Wait.  Be patient.

in order for this country to change, it can no longer be about who is right and who is wrong.  White people need to realize that there truly is a division.  Stop being blind to it.  But what we all need is to end the anger and frustration.  How can we move forward if we do not?

In a blog I read earlier this morning, I found what I feel to be a better analogy than Bob having dinner with a bunch of people who won’t share their food with him.  I feel that analogy to be angry and accusatory, insinuating that people of color have no way out except to wait for someone to offer them something that they don’t have.  I have many friends of color and friends that came from harsh environments that have broken through this thought process that someone has to GIVE you what you don’t have.  They have taken down their own walls, not waited for others to do it for them.  They have EMPOWERED themselves.  They are also quite aware that a problem still exists.  I, too, am aware. I also know that no matter how hard I try to understand, I am always greeted with a road block of “You will never understand.  You are white.”  If white people will never understand, then what’s the point?  We need to stop trying to prove who is right and who is wrong.  We need to stop and we need to move forward.   That is why I like this analogy better:

“Not many people care about Endometriosis, but I sure do. It's ruined half of my life, if not more. Cancer is more common and affects more people, so more people care about Cancer. Cancer is like the white people of our society and Endometriosis is the black people. Cancer gets more attention, money, protection, and hype. Endometriosis is only now gaining awareness in the year 2016. I do not believe having Endometriosis makes me not care about Cancer, or anyone fighting against it. However, I sure do wish I did not have to explain what Endometriosis is, or what it's like to have it, to most people I have encountered in my life. If I meet someone who does not have Endometriosis, or love someone who has it, they stare at me, and dismiss the struggles I have endured because of it. ANYONE who mentions the word Cancer is met with unending sympathy and understanding. This is the same difference with the Black Lives Matter movement versus the All Lives Matter retort. All diseases matter, but Cancer has endless support and awareness as opposed to Endometriosis. I hope this helps some of you who are struggling to fully comprehend what is going on: Silent, dismissed, genuine, suffering.” (LivingImprov.blogspot.com)

This is what I believe to be true: Violence is never the answer.  No one should be killed for sport.  No one should be killed because of the color of their skin.  When statistics are taken out of context, they just fuel the fire.  When you waste your time trying to prove that you are right and someone else is wrong, you perpetuate hate and anger.  When you don’t extend love and understanding to all mankind, you are missing the point of love.  Yes, when you see a police officer or fire fighter, you should thank them for the work that they do.  But I would extend that even further, when you greet a stranger, tell them that you love them with love in your heart and that you refuse to remain stagnant in this cesspool of hate and anger that our country is drowning in.   Embrace the differences.  Seek understanding.  Why? Because LOVE MATTERS.  #LoveMatters #LoveLikeJesus