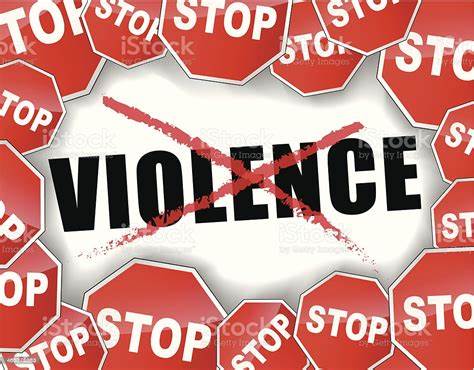 Healthcare has a dirty little secret and if you aren’t part of the club, chances are that you don’t know anything about it.  Aside from COVID 19, short staffing, and the lack of hospital beds to accommodate those who need them, there is yet another crisis that has been overshadowed and hidden from public view.  What is the secret? Healthcare is dangerous. In fact, so many doctors and nurses are choosing to leave the bedside because of this very reason. Patients have become more aggressive and violent than ever before.  We are in constant danger while trying to provide care to our patients. We aren’t given body armor or weapons.  We aren’t provided with appropriate security.  We are essentially defenseless.  What we ARE given are computer modules to aid us in de-escalation techniques, signage that boasts zero-tolerance, and debriefing after an attack to inform us of what we could have done to prevent the incident.

I am an emergency room nurse at an inner-city trauma center. I can’t pretend to understand what other areas in the hospitals are facing when dealing with their patients, but I can assume that after they are admitted to hospital their behavior doesn’t magically improve. However, I can only give the perspective from an ER nurse’s point of view and this is what I know:

Violence in the ER has been a problem since before I began my career in the late 90s. In the first decade of my career I experienced being slapped, punched, and cursed at on a regular basis.  I was also involved in an active shooter and hostage situation in which patients and nurses were held against their will and physically and sexually assaulted.  It was horrible and traumatizing and changed my life and the lives of so many forever.

These incidents weren’t only happening in my trauma center out in West Texas. They were happening all over the country. So much so that nurses were joining forces to help create legislation making assault on healthcare workers a felony in multiple states.  It wasn’t until 2013 that the law was passed in Texas.

So many of us working in healthcare will be forever grateful to the diligence and dedication given to the criminalization of assaults committed against healthcare professionals. When the law passed in Texas, I felt hopeful and empowered for the first time in my career.  Looking back, I had been assaulted both verbally and physically many times in my 15 years as an ER nurse.  As many of us understand, violence against nurses has always been considered "part of the job".

Fast-forward another 10 years in the ER and nurses at the bedside are still being verbally and physically abused.  From the lack of support from hospital administrators, to police departments who discourage filing reports, the laws in place can only provide us with a certain level of protection.  We need to do more and we need to develop an approach that is proactive instead of reactive.

Every week in the ER in which I am employed, nurses are threatened, intimidated, and physically abused by patients and visitors.  While we can report these incidents to hospital administrators, little can be done to prevent this behavior.  We can post signage that boasts a "zero tolerance" approach to staff abuse, but the reality is that because of EMTALA these violent and abusive patients still have the right to medical care through the emergency room.

Recently a patient was angry because of long wait times.  He was yelling and aggressive.  He told the nurses that he was going to "rape (them) all and kill (their) children" and that he was going to call his cartel friends in Juarez to "rape and kill" the rest of the staff.  Because of EMTALA, this patient was allowed to remain on property and seek medical care which is well within his rights. Nurses are afraid and powerless.

Another patient physically picked up a nurse, threw her over his shoulder, and ran through the exit doors in attempt to take her against her will.  She was screaming, kicking and hitting him but was unable to break free simply because he was so much larger and stronger. Thankfully he was tackled by several firefighters and a few other employees who were able to stop him from abducting her.  In lieu of an arrest, he was moved to another area of the emergency room to complete his care. It was explained to the nurse that because she wasn't physically injured and he was stopped before completely exiting the premises, no violation had occurred.

Just a few weeks prior to that, another patient attacked a nurse in the lobby of a local ER.  This patient was restrained by visitors and other patients who quickly acted to defend the staff member. Again, this patient was allowed to stay on campus to see the doctor and receive medical care because it is within his rights as a patient.

The stories that actually make it to the news are only the tip of the ice berg.  From an active gunman that was shot and killed inside of an emergency room in Irving, TX, in late June of this year,  to those that were killed when a patient opened fire at a hospital in Tulsa, OK, in early June of this year, these incidents continue to happen.  Even when we know from experience how these situations can escalate to tragedy and loss of life, we do nothing to change the laws to protect the people who have dedicated their lives to caring for the ill and the injured.

Stories like these can be given in example over and over again.  I have my stories, my coworkers and friends have their stories, and I can say with full confidence that you have examples of your own to add to the long list of assaults.  When is enough going to be enough?  What will it take for the government to consider the rights of healthcare workers in regards to a safe work environment?

Earlier this summer during a meeting to review EMTALA laws, nurses were reminded that we are mandated to provide care for violent and abusive patients and that it takes a certain level of "nobility to provide care to someone who is abusing you."  In this new era of awakening, this is the type of gaslighting and victim-shaming that our society is attempting to rise above.  Unfortunately, administrators everywhere are being forced to regurgitate similar semantics because their hands are legally tied.

This has got to stop.  This behavior not only places healthcare workers in danger, but also jeopardizes the safety of innocent bystanders.

While EMTALA was originally created to protect the patient from being turned away due to lack of funding, I cannot believe for one minute that we have to disregard the safety of healthcare workers to meet the expectations of this law.

How can we amend EMTALA laws to aid in the guaranteed protection of our nation's healthcare workers?  What has to happen before someone hears our cries for help? Why do healthcare workers have to work in an environment filled with fear? I can no longer stand by idly and watch nurses leave our profession battered, bruised, and emotionally scarred. It is time to stand together.  It is time for us to demand a safe work environment. It is time to prevent the abuse before it happens and I for one am ready.