Confessions of a Self-Proclaimed Hag 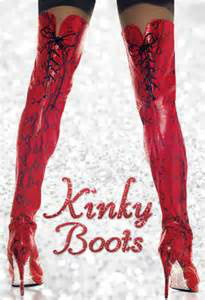 Tonight was fantastic. I got to enjoy the company of some of my very best friends while relishing in the entertainment of thespians. I really love the theatre. I always have. I love good stories and good music. People that are willing to perform in front of large audiences truly amaze me. This evening I was blessed with the opportunity to see Kinky Boots. If you haven't seen it, I highly recommend it.  It appeals to me on so many levels: it's super funny, great music, dancing, red glitter everywhere, and homosexuals. Yes, I said it. HOMOSEXUALS.

I do not actively seek out members of the homosexual community and I highly doubt that they seek me out either. It is interesting though; all of my life and I do mean ALL OF MY LIFE, I have had close friends that are gay. Even in elementary school my closest friends were gay. (YIKES! GASP! Did she say elementary school?!!!) Yes, I did. The science is there people. Our sexuality isn't a choice. It is programmed into our genetic makeup just like having blonde hair or blue eyes. It makes so many people uncomfortable and I just don't understand that. "BUT IT'S A SIN! IT'S AN ABOMINATION!" Really? If that's your angle then so is that poison you put into your bodies when you go through the drive through at your local coffee shops and fast food restaurants... So is that twinge of jealousy you feel when your neighbor gets a new car. I mean the list could go on and on but that isn't what this blog is about. I have no desire to battle the religious communities regarding their doctrines. This blog is about me.
For as long as I can remember, I have felt a certain responsibility to show love, compassion and acceptance to the people around me. Whether it was the kid in first grade that nobody liked because they came from the "wrong side of the tracks" or the black man that people thought was below them simply because of the color of his skin, I have always been a person to try to offer support for those who were ostracized for things they had no control over.
Until tonight, I think part of me prided myself in that. I am the person who not only shows tolerance but takes that even further to the point of embracing others without judgment, without prejudice.
During Kinky Boots my heart began to hurt a little as I made a saddening discovery about myself.  All of the time I have spent defending homosexuals, African Americans, Muslims, and anyone else that has been treated poorly as a group by our society was actually self-serving. It wasn't for them. It was for me.
"Do unto others as you would have them do unto you."   I think that tonight I finally began to understand the true motive behind the Golden Rule. I haven't been standing up for others because it's the right thing to do. I haven't been accepting others because I am a better person than those who do not. I would like to reiterate that my motives have been unknowingly self-serving.
I have been showing acceptance and love to the people around me for my whole life simply because I have been hoping and praying that they would show me love and acceptance in return.
I want people to know the real me and still love me. I want people to still think I'm beautiful even though I need to lose 20 pounds and am
developing a few wrinkles here and there. I want to be able to make mistakes and to be forgiven. I want the capabilities of reinventing myself whenever I want.  I absolutely do not fit into that little
box that society built for me. I want out of that box desperately. It is super small and I am feeling extremely claustrophobic.
I think that the reason that I have always had an affinity to members of the gay community is because they understand that what we are all looking for is acceptance. They are more keenly aware of it because the world has told them what they are is wrong. They cannot escape their societal box because it is harder to hide. They have been dealing with the reality of their "box" their whole lives. They have been categorized for as long as they can remember.
I guess my point is that I have not been a hero for the gay community or any other community for that matter...it just felt that way because my "box" is more widely accepted than theirs. The truth of the matter is that I have found something as a heterosexual in the homosexual community that I have not truly found in my own. I have found that my vulnerability isn't viewed as a weakness to be used against me. What I have found is acceptance and unconditional love from a group of people who understands what it means to desire acceptance.
What I will do to show my gratitude will be to take time to vote for the rights of all people who love each other to marry under state and/or federal law.  I will also spread the message of acceptance to the world and not simply the message of tolerance.
I encourage anyone taking the time to read this blog to take Lola's Challenge: ACCEPT SOMEONE AS THEY TRULY ARE.
I do caution you, however. You may enter the challenge thinking that you are doing someone else a favor. What you will find is that in reality,  your efforts will be self-serving.
But is that a bad thing?