She Has A Blog 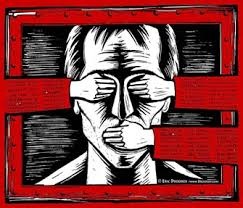 “When you tear out a man's tongue, you are not proving him a liar, you're only telling the world that you fear what he might say.”

It has been almost 2 years since the bullying and terrorizing began against me. Well, it has probably been going on for longer than that but my blog finally opened the door.  It finally provided an outlet in which the snake could strike.  (Lord knows I do not open the door for that in my professional life. I follow all rules.)  I have been writing for years.  It is one of the only things I do that I feel comes from my soul.  I do it for me.  I do it for you.  I generally only write about things that I am passionate about.  Nursing is one of those things.  I am not unethical in my writing.  I do not violate any laws.  I don’t even “step right up to the line”.  I write about things that all people should care about.

Civil rights, injustices, poor management…these are things very near and dear to my heart.  I would write more often, but I have been censored.  I want to speak out, but I am punished for doing so. (Not to my face, but instead in covert operations to sabotage my career.)  There are no words to describe it other than retaliation, bullying, and abuse of power.

So today, I leave you all with the first amendment to the constitution and a poem regarding censorship.   By not writing, I might as well be burning books. Shame on me.  And to those who are censoring me…shame on you.  How very un-American.

The FIRST amendment as adopted in 1791 reads as follows:

Congress shall make no law respecting an establishment of religion, or prohibiting the free exercise thereof; or abridging the freedom of speech, or of the press; or the right of the people peaceably to assemble, and to petition the Government for a redress of grievances. [1]

"Burning a Book," by William Stafford

Protecting each other, right in the center

curling away, then spine and a scattering.

its fire as hot as the fire lies make---

a few charred words in the ashes.

And some books ought to burn, trying

but just faking it. More disturbing

than book ashes are whole libraries that

towns, miles of unthought in cities,

and the terrorized countryside where

own anything that moves. If a book

ignorance can dance in the absence of fire.

So I've burned books. And there are many

I haven't even written, and nobody has.