When A Nurse Is Grieving 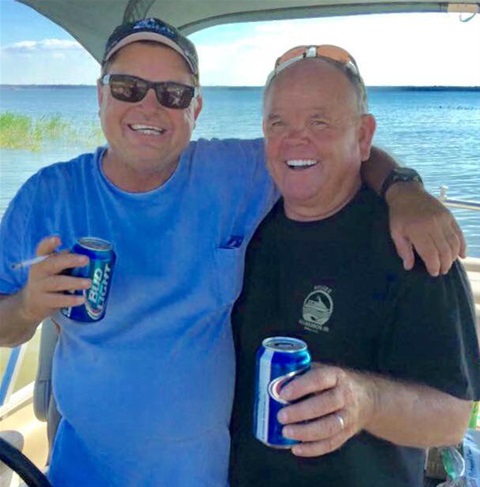 Today, when you came to me after being involved in a motor vehicle collision, I was there for you.  I made sure you were going to make it.  I followed my algorithms, I started your IVs, I pushed your bed to CT scan…I wasn’t thinking of me, I was thinking of you.

Today, when you had lost so much blood and were still bleeding, I was there for you.  I made sure your bleeding stopped.  I monitored your blood pressure and your labs.  I transfused so many units of blood.  You were so grumpy, but I didn’t lash out. You smelled so bad, like rotten flesh, but I didn’t leave your side until after I pushed your bed to the OR and handed the baton to another nurse that would continue what I had started.  I wasn’t thinking of my father, I was thinking of you.

Today, when you had been driving a car that was smashed by another, I was there for you.  While you were laying there in pain from injuries that could potentially take your life, I bent down and I told you it was going to be okay.  I watched as your blood pressure dropped and notified the doctors.  I didn’t waste time, I ordered your blood, the blood that you desperately needed.  I held the hand of the doctor who was learning to be a doctor and told him what we needed to do.  I knew we had to act quickly, with not a minute to spare.  I wasn’t thinking of my mother, I was thinking of you.

Today, when you were alone after almost a century on this planet, I was there for you.  When other patients needed me, I took one look at you and knew how sick you really were.  I made paramedics wait for me to take over their patient until I knew you had the care you needed.  I stayed in your room, collecting the pieces to the puzzle because I didn’t believe that you were over-medicated.  I knew you were on the verge of sepsis.  I knew that at your age you wouldn’t be able to wait the 2 hours it would be before I could return once I had left.  I respected you for being my elder and for being gifted with so many years on this planet.  I wasn’t thinking of my sister, I was thinking of you.

Today, when you had left so much of your flesh back at the scene of your crash and you were writhing in pain, but scared and wanted your family, I was there for you.  I called 5 different phone numbers on a wild goose chase but didn’t stop until I found your mother.  When she arrived, I hugged her and I held her and I told her you would be fine.  I made sure you both had the emotional support you needed.  I wasn’t thinking of my second family, I was thinking of you.

Today, what you didn’t see was the text that I received from my mother at 1258.  What you didn’t taste was me choking back the bile from my urge to vomit as my heart broke.  You see, in that text, I found out that my “second dad” was found dead in that very moment.  What you didn’t hear, was my screams inside of my own head saying, “NO NO NO NO NO NO NO NO”.  What you didn’t feel was the pain in my chest knowing that the people I love, MY PEOPLE, were 6 hours away.  What you didn’t know, is that in that very moment, at 1258, my world had changed forever.  What you couldn’t know is that today, the whole world became a little darker. Jokes won’t be as funny because he won’t be here to tell them.  Fish will never be quite as big because he won’t be here to catch them.  Mischief will be lonelier because he won’t be here to instigate it. His wife will be second-guessing herself for years, wondering if anything she could have done would have made a difference and how she can ever move forward without him.  His daughters will feel a little lost wondering what “daddy” would have told them to do when their life is in a slump or how happy he would have been to see them in times of great joy.  His best friend will pick up the phone to call him for God knows how long and wish with all of his heart he could get him back. A piece of our family is gone forever and he has taken a part of my heart with him…a part I won’t get back.

But you didn’t know this.  You simply saw me as your nurse.  You needed me to help you on what you believed to be the worst day of your life, never knowing that it was one of the worst days of mine. You didn’t know any of this…because for the last 6 hours of my shift, I wasn’t thinking of me, I was thinking of you.

Omg! Over the years I have felt this pain, and I can only pray I gave my all as you always do. Working on dear friends when I was 20 or 21. I had no idea who they were until one was pronounced. I ❤️

I worked a shift on Christmas 3 hours after my grandpa passed away just a few weeks ago. Super hard but sometimes you have to do it. God speed.